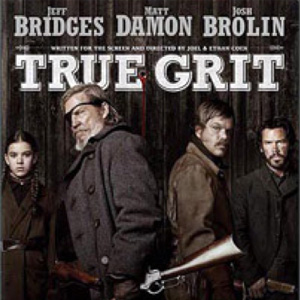 Movie night on June 10th involved an excellent discussion about the night sea journey (nekyia) of Mattie Ross, a 14 year old girl who begins a journey to avenge her father’s death by finding and killing the man responsible, Tom Chaney.  The story can be seen as an exploration through Mattie’s grief over the loss of her father and the characters of La Bouef  and Cogburn become archetypal and instrumental in Mattie coming to terms with her unresolved relationship with her father.

The age of 14 is a crucial age for a young girl to experience the loss of the father and Mattie runs the risk of splitting off those parts of her self newly emerging  at this time including her sexuality and sense of independence. Frank Ross has a Christian stance to the world as revealed in his attempt to make Tom Chaney respectable and law abiding.  But he did not see Chaney’s dark brutal narcissistic nature and did not anticipate his willingness to kill.  This was Frank Ross’s weakness and it is what Mattie tried to compensate for when she chose Cogburn to take up her cause and mentor her.  She needed to go with him because it was less about finding Chaney and more about her journey.

The story begins in the nigredo of death and grief and ends with redemption.  Mattie’s initial rejection of La Bouef is due to her rejection of her father’s law abiding “Christian” approach and she saw a bit of this in La Bouef but none of it in Cogburn.  By the end of the story she wished she had chosen La Bouef and in accepting him she grew to accept that aspect of her father she rejected, that part of his nature who did not see Tom Chaney for what he was.  The rest of this posting reflects my initial thoughts about the movie and still hold up after their initial posting.

The story of Rooster Cogburn and Mattie Ross must run deeply in the American psyche for there to be two films made from the book by Charles Portis. This latest version by the Coen Brothers is very loyal to the book and the changes they made are interesting to ponder as we will do later. My first lingering imagery from the movie is the final dramatic scene in which Rooster rides Mattie’s horse, Blackie, to death and nearly himself to save her life. The brutality that was required to get that done needs special mention. Rooster rides the horse at a gallop for hours and when it slows he takes out a knife and uses it to spur the horse on for many more miles until the horse’s “heart bursts” and Rooster is forced to shoot the animal out of compassion. This is a man who is willing to be brutal to get what he wants or do what he thinks is right and in this case he wants Mattie to live. In the book Rooster does not shoot the horse and it is suggested the horse dies from being pushed too far. The imagery of killing the horse raises the level of brutality a little higher and helps to define Cogburn’s character. We also feel on a very deep level that the killing of Mattie’s horse somehow marked her transition to womanhood. It was something Mattie could not have done herself; it was not yet part of her nature as she tried to stop Rooster from committing the act. This brutality is a key part of the story.

From the beginning Mattie’s choices led her on this pathway into the realm of brutality. Of the three marshals offered her for service to go after Tom Chaney, her father’s killer, she chooses the most brutal of the three, the one most likely to get the job done. She wanted nothing to do with being civil or righteous or gentlewomanly, she wanted brutality and if necessary lawlessness. If we look at the father we could see how Mattie would take up this path. Her father was a gentle man and was kind to the man who killed him. He did not have an eye for the brutal nature that Tom Chaney had so did not see this betrayal coming. This weakness in character led to his downfall but also was passed onto his daughter who was determined not to make the same mistake in judgment of character. In fact she had quite an eye for the side of human nature that was able and willing to take advantage of a 14 year old girl and she was ever vigilant about its possibility. But she was not prepared for the darkness and extreme brutality characteristic of the world she was entering when she hired Rooster Cogburn. He became her father from the depths of the underworld, someone who was no stranger to this rough and unforgiving western territory, someone who will become her guide and protector, someone with one good left eye suggesting his awareness of the dark unconscious realm. One eye also suggests a godlike status as the Cyclops were all immortal.

Jung addresses the problem of unlived life in the parents and the propensity for the child to feel compelled to complete that unlived life. For Frank Ross it was that part of his character that did not see a Tom Chaney when he was right in front of him. When we reviewed the Black Swan  we discussed the unlived life of the Nina’s mother which became for Nina her life’s mission to live out for her mother including success as a ballerina in fulfilling the role of the White Swan in Swan Lake. Jung says the unlived life returns to us as dead parts of ourselves to which we are compelled to listen. If we do not listen, if those parts of ourselves do not reach our consciousness it will wreak havoc on our lives. Mattie finds from her chosen father in Cogburn what she could not get from her biological father.

Let us address Mattie’s lost arm. Mattie’s fall into the cave came immediately after her killing of Tom Chaney and is a wonderful image of the fall into the unconscious. The snakes lie in a dead man’s belly, hibernating. The snakes represent death and life. They contain the venom and the cure, the poison and the remedy, the pharmakon. That which Mattie needs to complete her life has a price. Marie Louise Von Franz often said there is a cost to consciousness. In that fall she confronts the snakes lying in the belly of a man with a knife. She reaches for the knife to release herself from the vines on which she is caught. This is both her moral dilemma entrapping her as well as the tension between the realm of civilization and the brutality of nature. This is the archetypal realm of the old west. This brutality, this prima materia, this chaos has gripped her and she must break herself free and it is Cogburn that frees her. Cogburn has experience in this realm and has himself escaped the grips of dark aspects of human nature and must show her how. The one eye not only elevates him to god status (the Cyclops were all gods) we also understand that he has a different vision than the rest of us. This vision of man’s darker nature cost him his right eye. This sacrifice is parallel to Mattie’s sacrifice of her arm.

Let us look into Cogburn’s character at this point. His name suggests he has been wounded by the mechanized world that is emerging at this time in history. Wounded very deeply and we suspect it is in his feeling function. Robert Johnson suggests that there is a cost to western culture in its mechanical short cuts around nature and that cost is in the experience of the feeling function. We are a culture overly dependent on thinking function. We can understand this because with all our science we are still in shock and disbelief when a young man walks into a school with a gun and opens fire on his fellow students and teachers. The most disturbing aspect is we didn’t see it coming; we didn’t have an eye for this aspect of this young man’s nature. This is also the nature in Tom Chaney Mattie’s father did not see. Perhaps saving Mattie was redemptive for losing his son and perhaps Mattie allowed Cogburn to reconnect with this feeling side that is loving and fatherly. Saving her was saving him. This is a little different ending than the archetypal cowboy riding off with his male sidekick into the sunset suggesting escape from the mother realm. This is about a man willing to confront himself on a much deeper level and a girl needing him to do so for her own individuation.

At the end of the movie Mattie demonstrates her respect and gratitude for Cogburn by visiting his gravesite and we see her as a proud woman who has made her own way in the world despite only one arm. The part of her nature honed from her experience with Cogburn provided her with the strength to grow despite the loss of her father. With her knowledge she becomes a teacher as we would expect but she never marries. Perhaps this is another cost of consciousness given the time in which she lived or she did not need to be married to define who she was; she had fully realized her life’s potential.

I would be remiss to not point out that this is the third film we have analyzed involving the individuation of a young girl into womanhood. Nina, in the Black Swan had no rescuer and we suspect succumbed to the archetypal realm wholly but embraced her unlived life with rapture and we suspect her absent father contributes to her lack of rescuer. Ree in Winter’s Bone, also a young girl seeking her father, has as much grit as Mattie and again demonstrates the need for an archetypal father that makes up for the biological father. For Ree it is her uncle Teardrop who guides her into the brutal world of methamphetamine production, violence, secrecy in the backwoods of the Ozarks. Ree recovers her unlived life symbolized by recovery of her father’s hands and his softer, musical nature. Perhaps the emergence of these movies suggests a collective need to balance our overly focused thinking function with exploring the development of the feeling function and its needs. It is quite interesting that the movies suggest the needs of connection to the feeling function lie somewhere in the realm of nature’s brutality (quite paradoxical)and perhaps our drive to keep our brutal nature in shadow rather than incorporating it into our consciousness compels us to act it out on those we are least likely to understand.

Coburn’s redemption is in saving Mattie and perhaps it is our imagined redemption as well.